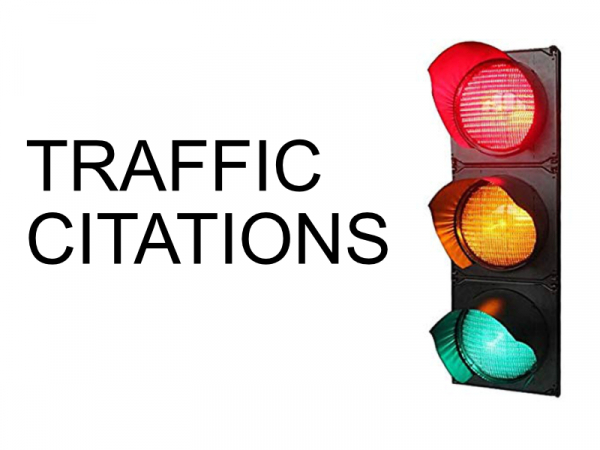 When serious car accidents occur, a number of things happen in the aftermath.  Bystanders help those hurt.  EMS arrives to perform treatment and transportation to Hospitals.  Officers arrive on scene to handle issues like traffic and investigation.  Insurance companies are called.  In many cases, not only will law enforcement produce an FR10 and/or accident report, but may issue a citation to one or more of the people involved.  Normally, it is to the person the officer deems to have committed some kind of Traffic Code violation and will also be the person that officers believes responsible for the accident in the FR10 and accident report.  What does this citation mean for any potential personal injury civil case and what should be done about it?

First, it’s important to know that the officer’s FR10 and/or accident report which holds a party responsible would not be admissible in court and many times is incorrect.  The officer normally arrives on the scene after the accident, and relies on hearsay of the parties and, maybe, third party witnesses.  In many cases, it is solely the hearsay information from parties and the officer must make a determination of whom to believe. Most officers could not testify in court about opinion of fault.  The officer could only testify to what he saw upon arrival, and could not even testify to hearsay (unless a party admitted fault, or some other unusual exceptions). The one exception is with an officer with some kind of unusually great accident reconstruction credentials, in which case he may be certified by the court as an expert. That is extremely rare.

If the officer issues a citation and the person receiving the citation is found guilty (including paying a ticket and thereby admitting guilt), that becomes part of the record and would be allowed as evidence at a civil trial. It becomes extremely powerful evidence to overcome, as the violation will almost always act as a “per se” for liability (assuming the violation was related to the accident and to prevent what occurred, which is almost always going to apply).  Bottom line is that if a party is found guilty of the citation, they will almost certainly by found the liable party in any civil trial.

With that, it’s critical for parties to take citations seriously.  If a party was injured by another and the offending party was issued a citation, the injured party should make the effort to attend any court proceeding for the citation to act as a witness for the prosecutor.  In many cases, the person injured is the only witness, and if the injured is not available to testify the citation is dismissed for lack of evidence.  If someone was issued a citation they should not have received (they were not actually guilty of the offense) it’s critical to fight the citation in court.  In many cases, just showing up in court may be enough as witnesses may not be present. If a witness does appear, the injured party can cross examine and also provide testimony about what occurred.  It’s up to the judge (or jury if requested) to determine guilt.

Because the citation is so important to any potential civil action involving personal injury, whether bringing a suit or being sued, it is a time to consider hiring an attorney.  If looking to bring a suit, the attorney will likely not charge his time on handling the citation until the civil suit is resolved and after his contingency.  For example:  A lawyer does $500 of work on representation over the citation.  He is successful with getting the citation dismissed, and successfully obtains a $30,000.00 settlement for that client over the personal injury.  He will take his $10,000.00 contingency, and then $500 more for the citation.  The client comes out way ahead.  Note:  The attorney would have to believe the party he is representing really was not the liable party to enter this kind of arrangement, as he get’s nothing if the civil suit is not successful.

Bottom line: Take seriously even small citations when they are related to personal injury.