HOW LONG DO I HAVE TO FILE A PERSONAL INJURY LAWSUIT? 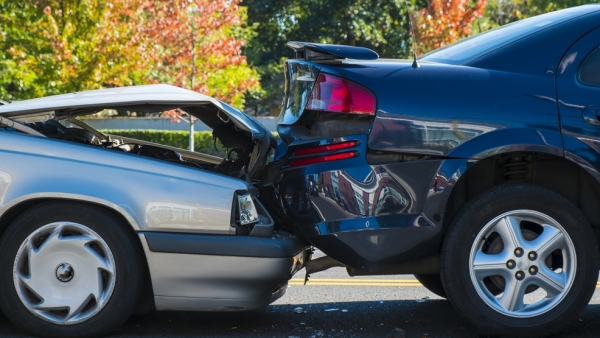 A personal injury accident, whether a car wreck or slip-and-fall, is usually a traumatic experience.  At the time of the accident, the last thought is the specifics of when a lawsuit can be filed to cover damages. The first order of business is with treating the injury, first in the emergency room, and later with a follow-up visit to a primary care physician or physical therapist. After the injury is at least stabilized, the injured party looks toward covering damages caused by another's liability. Those damages can include medical bills, lost wages from time away from work due to the accident, and pain and suffering associated with the accident. In some cases, the injured party may have taken a great deal of time to decide to bring suit against the liable party or even seek counsel to do so.  It's important to know when the South Carolina Statute of Limitations (SOL) will prevent bringing suit due to the amount of time after the accident.
First, it's important to know that states have differing SOLs for different types of civil causes of action. I am licensed in South Carolina but come into cases which have aspects crossing state lines and have learned about other states' SOL.  For example, from what I have seen, Georgia has a two-year statute of limitations for most civil actions.  At least one state I am aware (Tenn) has a one year SOL for many civil actions.
Second, beyond stabilizing injuries, there are other reasons why a party would not want to immediately file suit and therefore must pay close attention to the SOL. Your attorney should take some time investigating the incident and researching parties so he is ethically correct in signing off on the suit being filed.  That investigation goes beyond what a non-lawyer might expect, and should include ensuring statute(s) or case law allow for the cause of action and identifying all money sources involved (sometimes referred to as looking for the "deep pockets" if the damages are substantial). Lastly, it is wise for the attorney to make attempts to negotiate a settlement of the suit before filing.  In practice, most suits are settled before bringing suit, though the facts of the case and level of damages help drive the numbers of the settlement by prediction of what a jury might do at trial.
In South Carolina, for non-government, private entities as the liable parties, the SOL is three years for most Civil Actions. For liability involving negligence, fraud, Insurance bad faith, conversion (theft) and suits under the SC Unfair Trade Practices Act, a person in South Carolina has three years from the date of accrual (usually from the date of the incident, but in some cases it can be a later date of reasonable "notice" of the wrong) to file the suit.  If not, the suit is forever barred.  Note that SC has a two year SOL for Defamation (libel or slander), false imprisonment, or any suit based on a statutory forfeiture/penalty to SC. Note: There are some other exceptions involving as low as one year SOL and beyond 3 years, but the general rule is three years for personal injury type cases.
- For suing governmental entities for negligence, in SC the statute of limitations is generally two years from the date of accrual.  It's important to remember this nuance, and ensure to check whether the liable party is a governmental or public entity, as failure to make the time limit bars the suit forever.
- It's important to understand that the suit must be filed on the "last day" before the SOL runs.  Once the suit is filed, the filing party has up to 120 days to serve the lawsuit on the other party.  Once it is served, the other party has 30 days to answer and potentially make counter-claims which must be answered in 30 days.
- If you retain counsel, it is the lawyer's job to file before the SOL.  If you have told your lawyer you want the suit filed within the SOL period and he misses the SOL, he can be sued in malpractice.  Regardless, as lawyers have many cases it's important to conduct follow up and ensure your case is not forever barred.