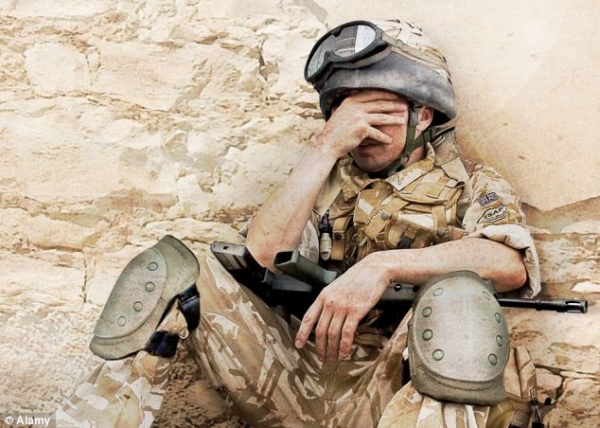 Having served as an Army officer for almost 3 decades (about half on active duty and half reserve component), and having grown up in a military family, I care deeply about service members. Like everyone, those in the military face the possibility of being injured by another party in the course of life. Unlike civilians, however, those in the military can fall into unique legal positions based on when and how the personal injury occurred. The legal position could be one of effecting the ability to bring suit, but can also affect the way the injury is resolved. This article is for service members, and particularly those serving in the Reserve Component (RC) of National Guard and Reserves.

First, it's important to understand that when a service member is off-duty and off post and without government vehicle(s) or equipment, they have the same rights and procedures as other civilians. If injured by the negligence (or intention) of another, the service member can bring suit in a civilian court. For South Carolina and many states, the jurisdiction will be in either the county of the accident/incident or the county of residence of the defendant. Though the service member can bring suit himself, he should consider retaining a lawyer in that jurisdiction to bring suit. The one nuance of being in the military while bringing suit is protection from hearings and a stay of the case if/when the service member is deployed (or in the case of the RC being activated on military orders, like for a hurricane). Otherwise, the process is the same as with civilians.

A unique issue with military members is when they are either in an active drill status or on orders with the RC when they are injured. First, on drill status, the service member can be covered by military health coverage for injuries including personal injury. This is the same when on orders for Annual Training (AT) or a mobilization. The military may require a Line of Duty (LOD) investigation to determine if the injury was within duty, including travel in a personal vehicle to or from duty. The active duty service member always has access to military health coverage. As with other insurance carriers and Medicare/Medicaid, the government may assert a lien if the case is resolved and recoup a small amount of money for health coverage.

If the personal injury involves a government entity, particularly in the event of an injury on post, a service member family member still may have rights to sue. However, it is important to note that bringing suit against a government entity is more challenging based on protections. Additionally, the service member does typically not have the right to sue under duty situations involving government entities. An example of the situation is when a family member is injured in a slip and fall, in an on-post facility like a post exchange. That case would be brought in Federal Court being on a military reservation.

There are other unique situations for the service member on active duty being injured by another party. If the injury occurs off-post and caused by a civilian, the normal right to sue applies, and jurisdiction would be sought as when off-duty. The key difference would come with the military requirement of investigation and reporting procedures. Additionally, if the accident occurs while on duty in military property (vehicle, etc.), the civilian involved would have recourse against the military under the Federal Tort Claims Act. That is in the event the person claimed negligence on the part of the service member.

Situations can vary, so it is always a good idea to seek the counsel of a local attorney. Though service member has access to JAG attorneys for legal help, it's important to know that the JAGs may or may not be licensed in the state of the accident. They are only required to be licensed in "a" state but can give opinions about states of the base they are stationed and other states. Since state law varies by state, it is safer to seek the advice of a lawyer licensed in that state.

Hopefully, this gives service members a bit of information to help. I want to thank you for your sacrifices and service on behalf of our great nation.
If you are in need of Personal Injury Attorney call The Bill Connor law Firm TODAY